Donate a Boat or Jet Ski to Charity Now!

TWO PENNIES is the seventh fully animated film produced by Boat Angel, it was sent free of charge to every elementary and secondary Native American School throughout the United States along with a free broadcast screening license. The DCP version which is viewable on the Big Screen was also sent free of charge to every independent theater and Drive-ins throughout the United States free of charge. The response was great and since then it is available in ten languages online and to broadcast outlets everywhere. The musical animated film deals with Honesty, civic responsibility and encourages young children to believe in their dreams.

THE MILLER'S WIFE and other tales, read by Alexa Lee. This unique collection of Stewart's short stories and descriptive narratives is a testament to the author's vast imagination. Featuring popular Midwest tales such as Morrie the Ice Queen" and The Makeover" as well as some delightful European offerings such as St Francis and the Goat", The Missing Bride" as well as cross-cultural works like The Tournament", The Boat" and the future classic coming of story, The Buttercups", this compilation also includes darker works reminiscent of the author's earlier years Cell Block Seven and The Proposal". These selections illuminate the depth of Stewart's imagination, humor, irony, and narrative creativity. These are directed to the young and those who wish they still were. Available Free on Hoopla Digital.

SHAKING THE MONEY TREE When the economy changes it is often necessary to either move or change your skill set to find an appropriate job that will support both you and your family. This is a great motivational book to encourage you not just to rely on others but to follow spiritual principles and shake the money tree. We are trees planted by the rivers of running waters. God promises to keep us watered and that if we pray and get us sustenance from prayer and bible reading that we will be fruitful. This from Boat Angel is available as a downloadable PDF online and was also recorded in audio book format. It is geared to encourage young people not to give up on their dream but to plant their lives deeply in prayer and get a vision from God of what they are supposed to be doing with their lives to bring in the great harvest.

CIRCUS MAXIMUS This film is geared towards young children and is the fifth in the Donkey Ollie Adventures. After being pressured to go through initiation and join a gang of renegade donkeys Ollies brother learn that leading a life of crime is not what it is made out to be. Stealing, gang membership, ingratitude as well as bravery, wisdom and loyalty are all examined in this full length feature film from the award winning director of Aberle Films. We believe programs like this help children make right choices before they hook up with "bad company".

ARTISSE Young Adult Book (Available as a free listen on Hoopla Digital) We live lives for the most part in only the natural realm. What happens when someone dies before their time and then returns? What experiences do they have to talk about? This novel titled, Artisse, is not afraid to explore the connection between this material world and the spiritual world. Told in an exciting fashion the character herself, Artisse, a young girl has a supernatural experience that becomes as time goes on simply undeniable. Those around her are affected by her new world view and the art she creates after her experience has the ability to change others as well. The title Artisse is a small takeoff of the original French Impressionist Matisse. This is a fun book to listen to about a young girl who wants to change the world.

NOCHE DE ALABANZA - NIGHT OF PRAISE Boat Angel sponsored the recording of over twenty original worship songs with great lyrics from the Psalms done by the top Christian DJ Reyer. These songs were sent to hundreds of churches free of charge and distributed to over 10000 individuals. The Entire project is featured online.

HYDERABAD RESCUE AND TRAINING HOMES Boat Angel has funded 3 homes in Hyderabad. INDIA is home to a billion people, with only 2.3% of them Christians. The caste system and other Hindu customs keep people trapped in degrading systems of poverty. Many of the young women that we rescued were involved in sex trafficking, temple prostitution of children and direct slavery With a safe place to live, older caregivers, these girls have forever been taken off the streets. We are proud of our sponsorships and are looking to building more homes in the future.

ETHIOPIA SOCCER AND SUNDAY SCHOOL For over eighteen years Boat Angel has been printing free Sunday School books in Amaharic and running soccer camps all over the country. Things slowed down a bit during the pandemic but it is up full force as we teach young men principles from the Bible including the parables, ten commandments and instruct in physical education through out bi-weekly free soccer camps. The support of boat donations has funded this from the very beginning. The program is supervised by Dr. Hizkias Fako who has done an excellent job translating over 80 books into Amaharic and training close to 200 teachers.

UGANDA SUNDAY SCHOOL BOOK PRINTING As part of the ongoing training programs throughout Africa, Boat Angel recently supervised the printing of nearly 60,000 Sunday School books for Gulu Uganda. These books are distributed free of charge to nearby elementary school and churches. After the books are printed there will be a city wide Soccer Tournament with prizes and snacks. 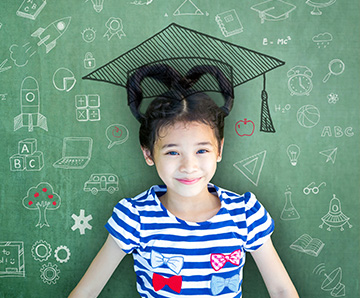 Disclaimer Legal Notice: Potential Donors at this website acknowledge they have not been solicited for donations cash or otherwise directly or indirectly either via e-mail, direct mail solicitations, or any other advertisements by Car Angel c/o Boat Angel Outreach Center or any affiliate within the boundaries of their respective state. This website or the use thereof does not constitute an attempt by these organizations to solicit donations in any state where such solicitations are restricted by state statutes. The use of the website by each potential donor is voluntary, the donation contract is subject to acceptance solely by Boat Angel Outreach Center. Not all donation submissions will be accepted.